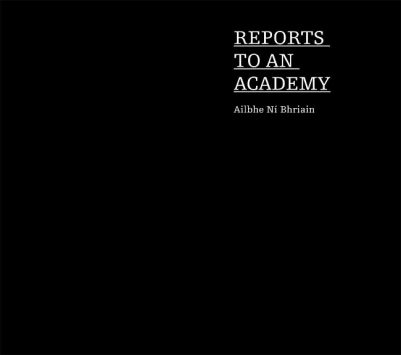 Reports to an Academy takes its title from the Franz Kafka short story, A Report to An Academy. In the story an ape recounts his deliberate acquisition of a human identity as a means of survival in the aftermath of captivity.

In the work, Irish artist Ailbhe Ni Bhriain (b. 1978, Galway) takes this idea of identity as performance and explores it through multiple locations: an archetypal West of Ireland landscape, a natural history museum, an artist’s studio and a library. It questions the assumptions around authenticity and representation suggested by these locations, with each setting ultimately revealed as being equally mediated.

Using film and computer–generated imagery, the landscape, museum, library and studio are re-imagined as stage sets in which identities might be constructed and false realities forged.

Reports to an Academy is staged as a four–screen installation. The four films are looped and of varying length, creating a changing set of image combinations. A single soundtrack links all four screens.

Published by the Royal Hibernian Academy on the occasion of Ailbhe Ni Bhriain’s solo exhibition, 2015.