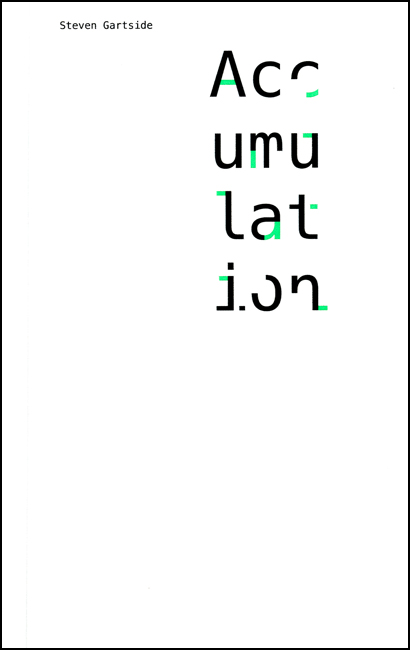 The notion of what constitutes the city is something of a complex thing.

The exhibition (and this accompanying book) considers ways in which our idea of the urban is made up of an accumulation of experiences which shape the way we respond, as well as the experiences we form, of our everyday environment.

It consists of two essays and a section on archive film and was written as a complement to the exhibition Accumulation: experiencing the city held at the Museum of Science and Industry in Manchester, 22 October 2010 – 7 January 2011.

The book uses the idea of accumulation to immerse the reader into a range of perspectives on seeing and being in the city.

It is designed as a pocket guide to experiencing the city. It is illustrated with commissioned photographs as well archive film stills from the last 100 years.

Published by Manchester Metropolitan University and Manchester Museum of Science and Industry.

£5.99
Buy now
(Your order will be fulfilled by NBN International)