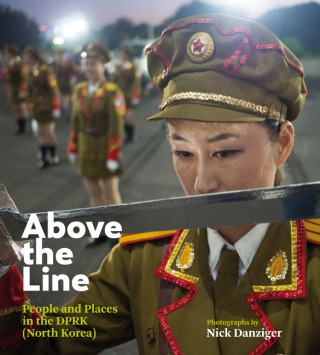 This catalogue reproduces 150 colour photographs taken by the acclaimed photojournalist Nick Danziger during a visit to the North Korea in 2013.

Travelling with the writer Rory MacLean, and Andrea Rose, Director of Visual Arts at the British Council, Danziger was able to record the everyday life in the DPRK and was given rare access to cities outside Pyongyang.

The photographs are accompanied by commentary on the DPRK’s customs and rituals by Andrea Rose. Exceptionally, all the Korean text in the photographs has been translated, giving a vivid sense of the political exhortation that surrounds citizens in the country.

The catalogue includes 12 Profiles, written by MacLean based on interviews held in the DPRK. These provide fascinating glimpses into the everyday lives of individuals in various walks of life.

Published to accompany an exhibition of Danziger’s photographs at the British Council Headquarters, London, 14 May – 25 July 2014.  To find out more about the exhibition, see these features  in the guardian and on the BBC website, and in The Sunday Times Magazine, 22nd June 2014.