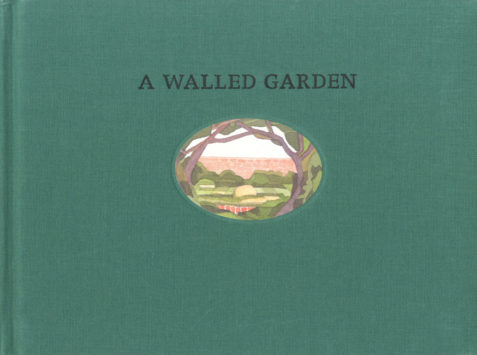 A highly collectable, limited edition artists’ book, A Walled Garden reproduces for the first time the complete set of watercolours that Ian Gardner made in collaboration with Ian Hamilton Finlay for the unpublished book, A Walled Garden: A History of the Spandau Garden in the Time of the Architect Albert Speer.

Finlay conceived the project after corresponding with the former Third Reich architect in the late 1970s, shortly after the publication of Clara and Richard Winston’s English translation of, Spandau: The Secret Diaries (1976), Speer’s clandestine record of his twenty-year imprisonment in west Berlin’s Spandau prison from 1946 to 1966.

Co-published with St Paulinus and printed in a Limited Edition of 500.

IAN GARDNER (1944–2019). Lancaster-born artist who taught in the School of Art and Design at Bradford College. His paintings were championed by art critic, Edward Lucie-Smith and have been purchased for many gallery collections throughout Britain, including the Ashmolean Museum (Oxford), The Walker Art Gallery (Liverpool), The Victoria and Albert Museum (London), Chatsworth House, as well as the Getty Foundation in California. During the 1990s, the allotment garden of his wife, Diane became the inspiration for his later work.

IAN HAMILTON-FINLAY (1925–2006). Scottish poet, writer, artist and gardener. Shortlisted for the Turner Prize in 1985 and well-known for his long-term garden project, Little Sparta in the Pentland Hills near Edinburgh (created with his wife, Sue). His work is in many major museum collections including Tate Britain (London), National Museums Scotland (Edinburgh), Art Gallery of New South Wales (Sydney).

£75.00
Buy now
(Your order will be fulfilled by NBN International)