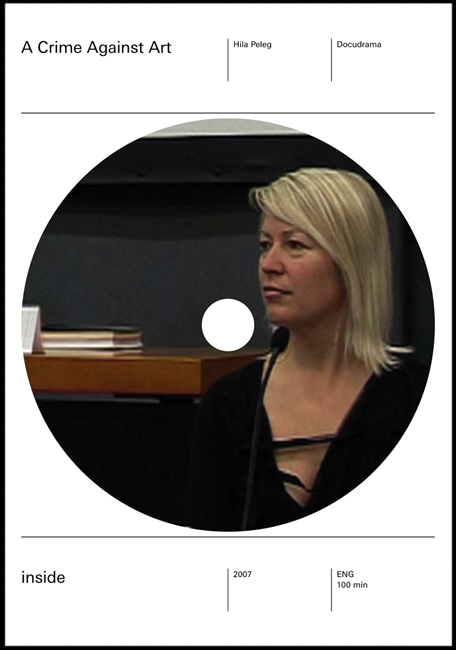 A Crime Against Art is a film based on the trial staged at an art fair in Madrid in February 2007. Inspired by the mock trials organised by André Breton in the 1920s and 30s, it playfully raised a number of polemical issues in the world of contemporary art: collusion with the ‘new bourgeoisie’, instrumentalisation of art and its institutions, the future possibility of artistic agency, as well as other pertinent topics.

The trial begins with the assumption that a crime has been committed, yet its nature and evidence are allusive and no victims have come forward. The testimonies and cross-examinations become an attempt by the Judge (Jan Verwoert), the Prosecutors (Vasif Kortun and Chus Martinez), and the Defence Attorney (Charles Esche) to unravel the nature of the puzzling ‘crime against art’. Set as a television courtroom drama and filmed by four camera crews, the film serial presents a condensed 100 minutes version of the trial.

Produced by unitednationsplaza and published with BDV, Paris.