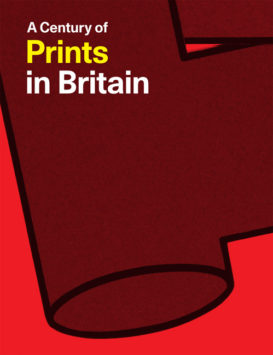 Showcasing over 200 highlights from the Arts Council Collection’s renowned print holdings, A Century of Prints in Britain begins with an etching by Walter Sickert and takes us through the decades to a series of prints created by leading British artists for the London 2012 Olympics.

The book features the iconic work of Paul Nash, Graham Sutherland and John Piper as they seek to spearhead a new sense of national identity during and after the Second World War, and the startling innovations of 1960s Pop artists such as Richard Hamilton, Eduardo Paolozzi and Bridget Riley.

Prints from masterful series by Patrick Caulfield, David Hockney, Chris Ofili and Paula Rego are illustrated alongside striking portfolio works by YBAs such as Fiona Banner and Tracey Emin, among many others.

Prints expert Julia Beaumont-Jones tells a fascinating and little-told story of a medium that democratised art in the post-war period, exploring how its widening popularity was linked to exciting developments in technique and subject matter.

Featuring masters of the medium alongside lesser known practitioners, this publication provides a long-overdue survey of this popular art form.

£22.50
Buy now
(Your order will be fulfilled by Ingram Publisher Services)