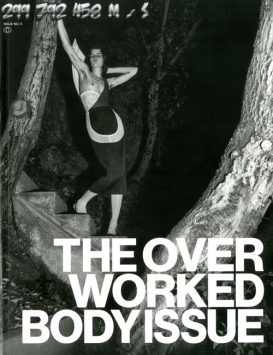 Situating itself in between a historic fashion magazine and a classic exhibition catalogue, The Overworked Body Issue extends the exhibitions central question: How to define a recent history of fashion?

An international cast of photographers, models and stylists contributed to the issue through fashion editorials and conceptual advertisements, staging and re-interpreting milestones in 2000s fashion, using a pool of nearly 300 garments that were collected for the exhibition.